Iwaki Citizens’ Radiation Measurement Center – TARACHINE (NPO Mothers’ Radiation Lab Fukushima – TARACHINE) was established by local residents to protect the health and livelihood of local children and people against the damage due to radiation exposure caused by the Fukushima Daiichi Nuclear Power Plant accident on March 11, 2011.

We have been monitoring environmental contamination by radiation that cannot be seen, smelled or felt and we continue to carry out activities with an eye on the distant future.

Our food, soil and other various things were contaminated by radiation caused by the nuclear accident. We cannot know the actual state of contamination that cannot be seen, smelled, or felt until we actually measure it. Although measuring radiation has been challenging, but in order to grasp the contamination levels surrounding our children and to prepare for their safety, we are always trying to improve our techniques for measurement. The measured nuclides are cesium-137, cesium-134, free water tritium, organically bound tritium, and strontium-90. 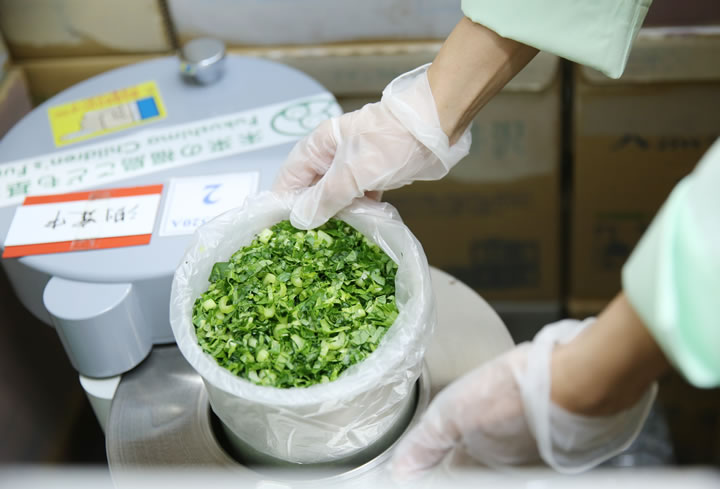 Six years has passed since March 11, 2011…the actual condition of the serious environmental contamination by the nuclear accident has gradually become clear to us. Based on the “precautionary principles”, TARACHINE has established a “TARACHINE Clinic” hoping local children can grow up healthily. We would like to watch over our children’s precious health for many years to come. 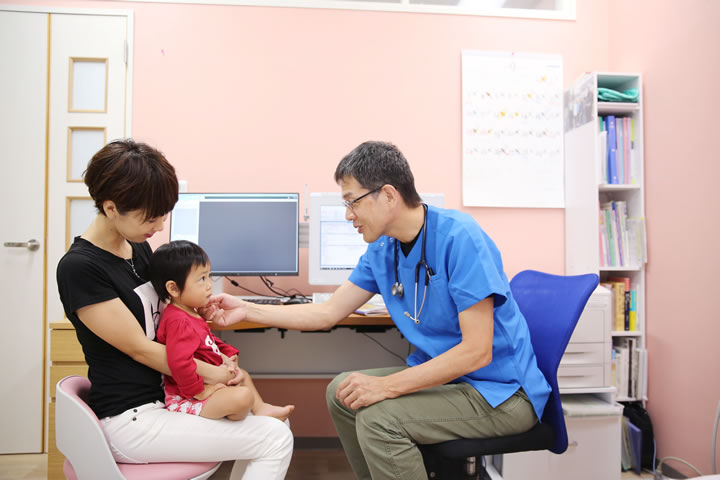 The nuclear power plant accident caused by the Great East Japan Earthquake brought serious concerns about health damage to the people in Fukushima Prefecture and the neighboring areas. TARACHINE established a screening project for thyroid diseases in March 2013 and have conducted screenings for the at-risk children of thyroid diseases mainly in Fukushima Prefecture. At our clinic, the doctor would give explanations in detail and provide an examination report and x-ray picture of the thyroid. 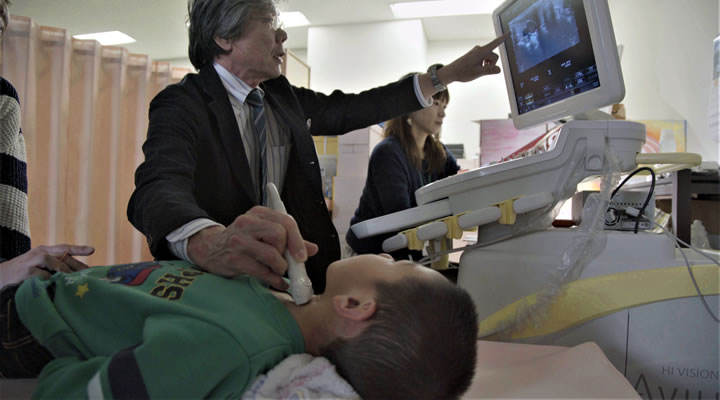 Environmental contamination caused by the Fukushima nuclear disaster has deprived our children of important contact with mountains, the sea, rivers and the creatures live in them. This unexpected man-made disaster has robbed our children of their rights to develop emotionally in close contact with nature. TARACHINE implements camp programs for children so that they can have a wealth of experience in a safe, natural environment. In cooperation with two groups, Kumi no Sato in Okinawa and Orto dei Sogni, we are sending the children from Fukushima to those camps. 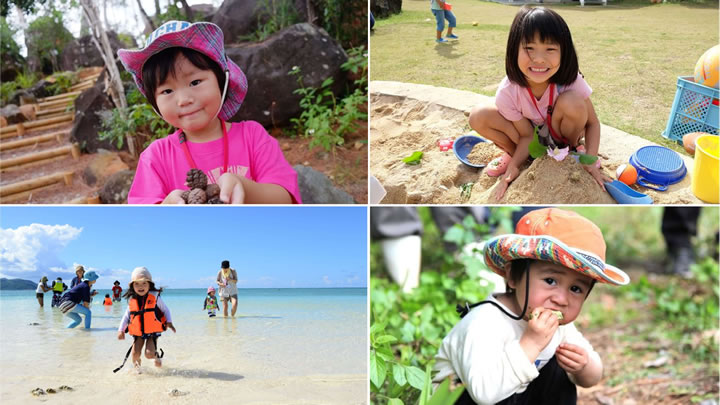 Results of the recuperation project 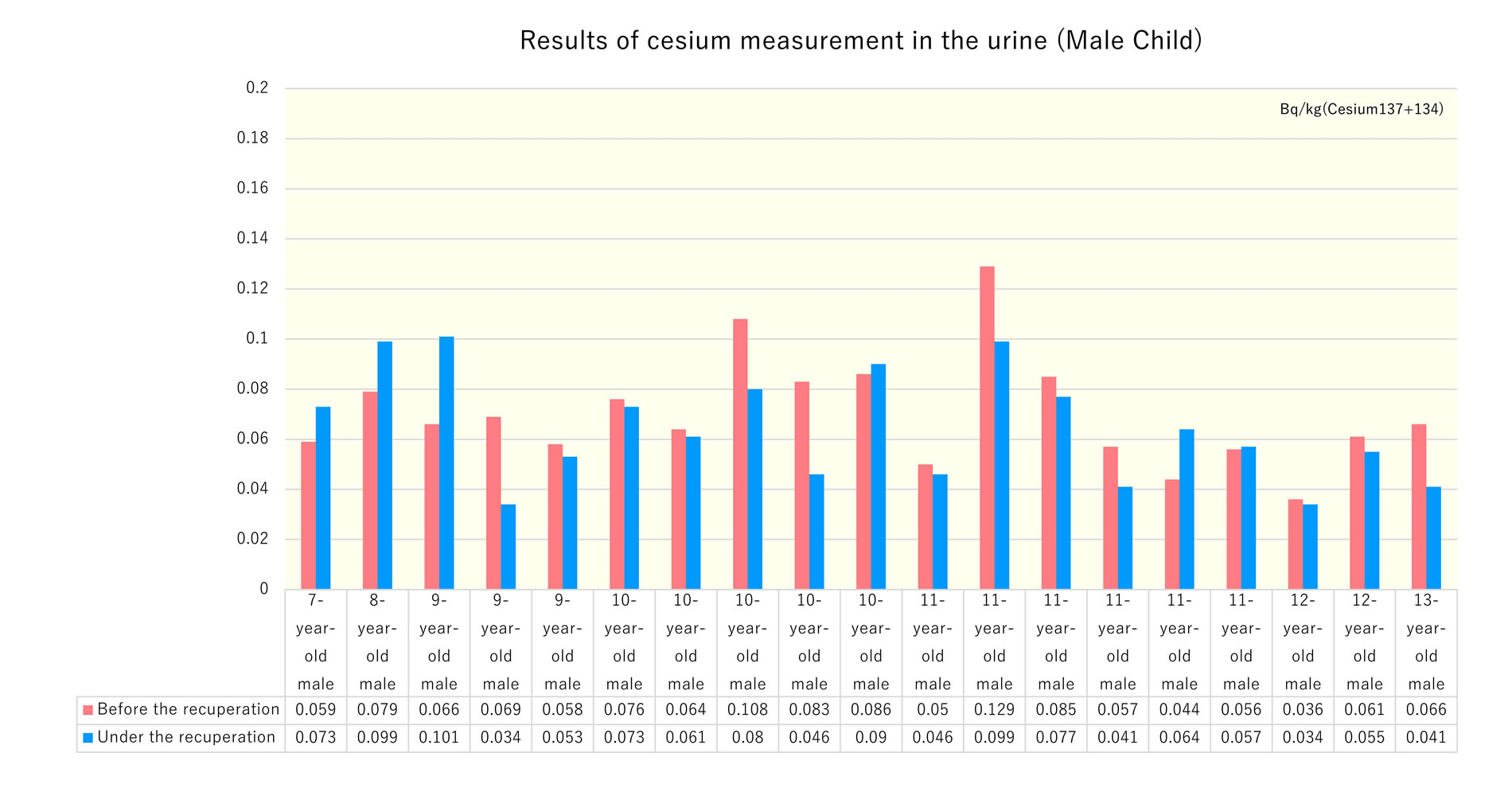 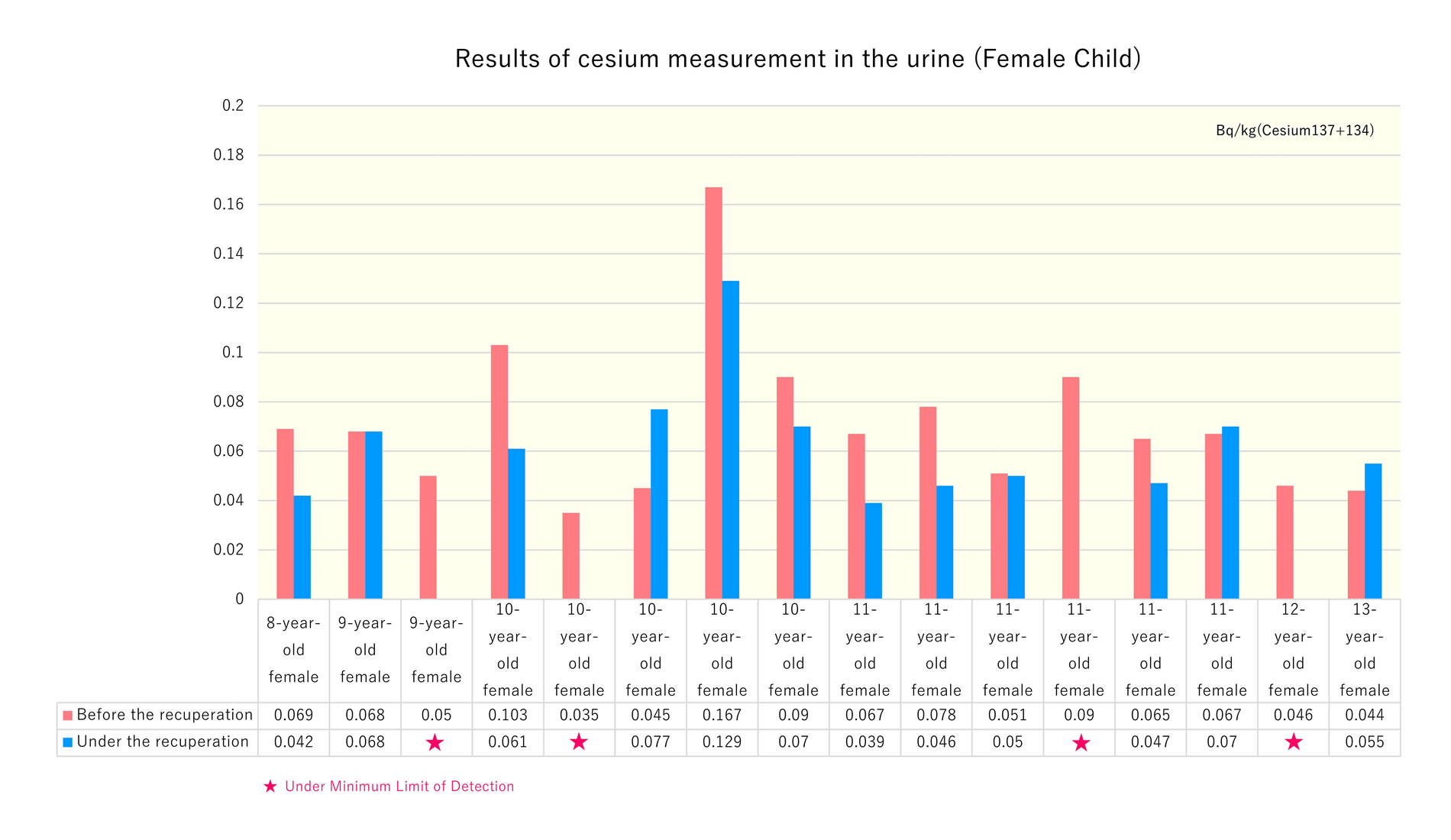 The Great East Japan Earthquake on March 11, 2011 has become an unprecedented catastrophe triggered by the earthquake, tsunami, and the nuclear meltdown.
Pregnant women and mothers with small children at the time of the accident had to evacuate repeatedly, feeling the fear of radiation exposure.
This excessive stress was said to have a great impact on the mental health of the children as well as the mothers.
There were some pregnant women whose womb environment had deteriorated due to fear and stress during evacuation, and there are some mothers who cannot remember how they were raising children at that period. We give counsel to those who are still suffering from mental instability due to the harsh experience they have suffered during the evacuation. We also give more general advice to parents on raising children in everyday life. 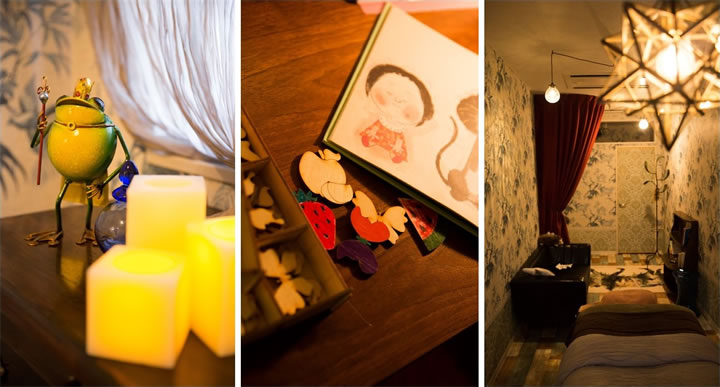 Atelier TARACHINE Sir Pirika
★ Generally children can release their bodily tensions while they are playing. However, if they are not mentally stable and if they accumulated fatigue, the tension would remain in their bodies.
Atelier TARACHINE Sir Pirika is preparing a menu to restore their mental stability through massages mainly based on non-verbal bodywork to relieve the tension.

Atelier TARACHINE Uwari Un Pe
★ We are preparing a menu that activates the minds of children by the power of playing such as Hakoniwa sand play, play with pretending, drawing, origami, playing with clay, etc.

Mothers’ Radiation Lab Fukushima is maintained by donations.
We are grateful for your support.

*Any amount will be deeply appreciated.

Donation via Bank Transfer and Paypal